ISO is on the right path to achieving its climate goals, says Sheila Leggett. 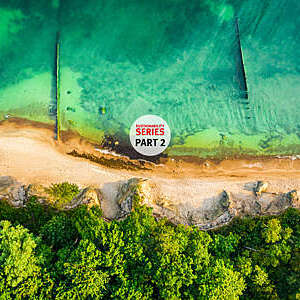 Sheila Leggett, one of Canada’s climate policy experts, is leading the way on standards for sustainability. She reflects on how the sustainability conversation has shifted through her career, and the role ISO has to play in the fight against climate change.

For many decades, Leggett has been at the heart of sustainability standards and policy. She watched as debate shifted from passive observation, such as assessing the significance of environmental impacts like acid rain, to a much more active approach to sustainability: “It’s not so much ‘why is it important’ anymore, but ‘what can we do about it?’”, she says.

Leggett came to ISO from a career spanning energy and environment, industry and public service. It was while chairing some “very contentious hearings” as a regulator with Canada’s National Energy Board in the early 2010s that she became passionate about standards, and particularly those for assessing environmental and social impacts. She also acts as ISO’s environmental management standards committee chair.

For Leggett, it is important not to neglect the latter in sustainability efforts. “Environmental management systems are no longer focused only on the environment, but on the social aspect of things as well,” she says, reflecting on changing attitudes within ISO and in society more widely. “We need to be broader-based in all of our thinking.”

Now occupying the chair of ISO’s environmental management committee, ISO/TC 207, as well as in her role in the Canadian Ministry of Environment and Climate Change, Leggett is in the midst of the urgent effort to act on climate change.

It’s not so much ‘why is it important’ anymore, but ‘what can we do about it?’.

This is an issue which all of ISO is dedicated to. Its 2030 strategy is built around the United Nations’ interconnected Sustainable Development Goals. In 2021, it announced its intention to help combat climate change through standards in the London Declaration.

“ISO issuing the London Declaration was so important in making sure that the world knew that ISO was out there,” Leggett says. “We’ve got countries in a variety of circumstances as a result of climate change and other factors, and how else can we work together other than by having this unifying platform to work from?”

“We have to be able to work collectively and holistically together and have a story that people can understand and relate to, and say ‘okay if X, Y and Z are followed, I think we’re on the right path to achieving our goals’.”

Under these circumstances, the spotlight is on Leggett’s committee, and especially its greenhouse gas management subcommittee, to provide a trusted framework for climate action.

In Leggett’s view, ISO already has all the standards it needs to support the climate agenda. The real challenge, she says, is working out how to package and promote them so they are pain-free to use. She is clear-eyed about the work left to do in this area, as evidenced by the drafting of entirely new standards (“We don’t have time for that, it’s counterproductive!”) and redrafting of ISO standards for specific companies and sectors.

“As a committee, we have a lot of great standards, but a lot of people who would benefit from using them don’t even know that we exist. We probably need to think about how we can make our standards more accessible in terms of plain language, and in terms of showing the benefits of using the standards, so we don’t make it hard for our users to pick up.”

It is important not to neglect standards in sustainability efforts.

The urgency of climate action presents a challenge for all governments, companies and NGOs, but Leggett is proud of the speed and skill with which her committee has been able to get on top of standards for climate change adaptation and mitigation. She admits she has lost some sleep due to fear that ISO’s work will be “swept under the carpet because we’re not nimble enough, we’re not able to respond quickly enough, and we can’t keep up with where the world is going”. Now, however, she is confident that it is moving in the right direction and remains relevant to sustainability efforts.

She recounts how ISO was built in the wake of the Second World War to establish a framework for international trade, and has continued to play a quiet but critically important unifying role ever since: “We need to make sure that the framework stays solid. You’ll never recreate an ISO. It’s taken all these years to build it in the first place. If it gets torn down and has to be built back up again… we just can’t have that happen.”

This may also interest you

Want to get the inside scoop on standards, or find out more about what we do? Get in touch with our team or check out our media kit.

Keep up to date with ISO

Sign up to our newsletter for the latest news, views and product information.