Sustainability has become one of the most important topics for governments the world over. Inclusive action and partnerships will be key. 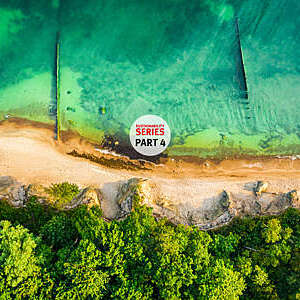 Lerato Magalo, Head of the technical services department at Agrément South Africa, has worked on standards for water, sanitation and the built environment for years. In that time, she has built up a wealth of expertise, but more importantly, she has grown to appreciate the importance of diverse perspectives and the value of representation. She speaks about the leading role of South Africa in ISO, the importance of public consultation, and why standards must be inclusive – or be consigned to irrelevance.

Magalo became involved with standardization during her seven-year stint at the South African Bureau of Standards (SABS), where she worked to adopt and adapt ISO standards for the South African context. In this role, she spent a lot of time travelling between diverse communities to understand their unique needs and challenges, in pursuit of solutions that would be appropriate for all relevant parties.

This shaped her attitude to standardization – she is both passionate and pragmatic about ensuring that standards are inclusive.

Paving the way for African standards

South Africa is the unquestioned leader in standardization in Africa: “We are sort of the big brother in that space,” says Magalo. Its HIV standard is among those to have been adopted by ISO, and many of its national standards are adopted and adapted by other countries in the region which are not yet ready to work with ISO standards. South Africa also proposes many standards through the Southern African Development Community.

South Africa is the unquestioned leader in standardization in Africa.

Among the International Standards in which South Africa, and Magalo, played a major role is ISO 30500, which concerns non-sewered sanitation systems. For those not in the know, that’s any sanitation system that isn’t connected to a main sewer network and aims to process sewage for safe reuse or safe disposal. South Africa is a water-scarce country with many remote communities and a relatively flat landscape which presents challenges for water and sanitation infrastructure. Naturally, ISO took particular interest in the country’s expertise in sustainable water and sanitation solutions while drafting its standard for non-sewered sanitation.

“Being a water-scarce country, the solutions for sanitation need to be mindful of that. You cannot come up with solutions that are going to eat into the very limited water resources; you cannot take fresh water and use it to flush a toilet. That’s quite a difficult balancing act,” says Magalo. She adds: “I think it’s very important for people like us – the developing countries with these problems of water scarcity – to be in the room to give a different perspective.”

Standards that work for everyone

According to Magalo, ensuring standards work for everyone is not just about considering the different – and difficult – circumstances of developing countries, but other forms of diversity too.

As an example, she cites the importance of having women at the table while ISO 30500 was being drafted. “If we don’t have that diversity in the room and we don’t have women represented, you stand a chance of solutions being developed that don’t work for women’s needs,” she says. “The more inclusive these communities, the more these blind spots can be covered.” She points to cultural (and particularly religious) norms as another vital consideration when drafting all manner of standards.

The more inclusive these communities, the more these blind spots can be covered.

Magalo cites the public feedback phase – the World Trade Organization requires a 60-day public consultation on working drafts of standards – as a valuable part of ensuring standards are going to be accepted by the very people they are intended for.

Standards that get drafted in a “silo” risk irrelevance. Magalo says that the consequence of not listening to societal concerns in standardization is publishing a document that simply gathers dust on a shelf. Especially for standards focused on sustainability and other aspects of climate action, the stakes are too high to allow that to happen.

“Society can make or break any project. If they don’t accept it, it’s not going to be used, so you need to listen to the words of society when you think of what sort of solutions you are going to provide,” says Magalo. “There are people in a room coming up with technical solutions, but who are you going to provide these technical solutions to, if society will not accept them? You want to introduce a standard that will have impact on the ground.”

This may also interest you

Want to get the inside scoop on standards, or find out more about what we do? Get in touch with our team or check out our media kit.

Keep up to date with ISO

Sign up to our newsletter for the latest news, views and product information.